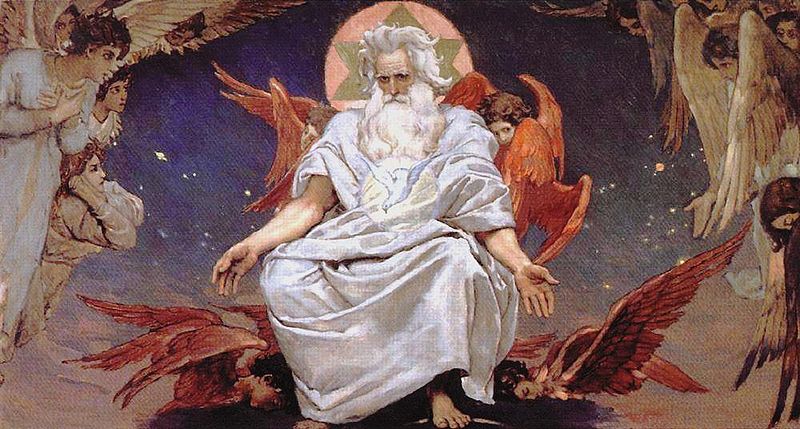 People nowadays are not comfortable with the idea of authority. For the most part, many contemporary Americans much prefer the idea of individual liberty, and tend to think negatively of anything or anyone who limits that liberty. Along these lines, everything from religious to parental authority is called into question with the assumption that true human flourishing will take hold in human civilization when individuals are given the education and the opportunity to be rid of external constraints.

Although we should always be careful not to assume too much about what motivates and forms the backdrop for the ideas and positions of others, I think it is safe to suggest that many Americans experience authority as something tyrannical and oppressive. Whether it be perceived or real injustices, all of us are acutely aware of the grave effects of sin which plague the exercise of human authority. This has caused us to question the most fundamental authority of all, that of the Father within his household.

The answer is not found in rejecting authority, especially not the authority of a Father, but rather in understanding how it must be transformed and elevated through the grace of God. All forms of human authority will devolve into tyranny when they are not animated by Divine love. It is precisely the love of God which purifies the disorders of the heart, giving leaders the ability to move beyond selfish concerns so that their exercise of power can be geared towards service. God’s love dislodges our deep attachments to self which then allows us to move beyond our limited perspectives so as to embrace the larger reality of our shared purpose.

In today’s Gospel, Jesus Christ is an icon of such authority. By the power given to him by the Father, Jesus Christ exercises his Divine authority so as to build trust and confidence in his disciples. Christ’s whole existence is an icon of perfect self-forgetting, showing us that true divine-human cooperation involves a constant state of conversion whereby we renounce our wills for the sake of God’s will.

Along these lines, human fathers will be authentic sources of blessings for their families to the extent in which they allow God to mold them into an alter Christus, or an other Christ. They must possess the calm, steady presence that Christ shows us in the Gospel. Like him, they must learn the art of stillness, learning to renounce self for the sake of God and neighbor.

While Father’s are called to have this role within the family, this need not come at the expense of the mother’s own call to leadership. Both mothers and fathers are called to work together in that bond of communion which is enabled by the indwelling of the Holy Spirit. Thus, while the father has a unique role within the family, this should never be understood as a form of tyranny or absolute control. As the Bible attests to, the father’s authority is patterned on Jesus Christ, and thus its very foundation is based on Christ’s abnegation of self.

In this way, our Father’s teach us the true orientation of authority which has practical implications in the lives of both men and women. In a sense, we are all called to participate in such Fatherly authority so as to reject the lies and attacks of the devil. In this way, we are called to participate in Christ’s authority so as to conquer those disorders which plague the human heart. As our Lord rebukes the winds in today’s Gospel, so to must we rebuke the strong movements of sin in our lives. We learn to exercise this new found power in Christ to the extent in which we honor and respect those forms of authority which are placed over us. Today, let us learn to be good sons and daughters of both our earthly Fathers and our heavenly Father.

Next post In Humility Count Others Better Than Yourself