Equally problematic is the view that Buddhist meditation is no different than Christian meditation. This position would point to the many similarities between the two and argue that each represents a unique and equally valid path to God (or some understanding of the divine). In such an argument, faith in Jesus Christ becomes irrelevant. The supernatural nature of Divine Revelation is called into question, and salvation becomes simply a matter of human effort. This position seems attractive in that it seems to affirm both traditions as being good. However, in the end it denies the fundamental claims of each, and does a grave injustice to the integrity of what each system represents.

Although much can be said about what theologians call implicit faith, I want to focus on a specific argument which I believe represents a middle ground between the two extremes. I would argue that the many forms of Buddhist meditation represent “natural meditation.” By this I mean that they flow from genuine insights into how humans can practice virtue and cultivate inner harmony and well-being. Christian thinkers used a similar methodology when considering the great insights of Greek and Roman philosophers such as Aristotle and Plato. I think that in a similar way we can confidently place the Buddhist and Hindu philosophers among what has been called the “noble pagans.”

The natural meditation of Buddhism is not ignored or denied in the Christian dispensation, but rather is elevated and transformed in the light of the Gospel. All that is good, true, and beautiful is transfigured so that it can radiate with the light of Christ. Another way of expressing this is that grace builds upon nature. Thus Christian meditation has many similarities to Buddhist meditation because the two share in the wisdom that humans are able to discern through reason alone.  However, our relationship with Jesus Christ is not accomplished by our natural human reason alone, but rather is the free gift of grace which is compatible with our created nature.

Furthermore, in interpersonal relationships it is not simply about how we do something or what we do, but rather to whom our actions are addressed. I will use a simple analogy. Buying flowers for someone is a great idea. However, buying flowers for a woman who is not your wife is a really bad idea. The actions are almost identical, but we recognize that one is the path to fidelity and happiness, and the other has missed the mark. Although I do not want to say that all Buddhists have missed the mark, we must recognize that Christian prayer is much more than methods and techniques. It is a relationship with the Holy Trinity, Father, Son, and Holy Spirit.

As much as I have a deep respect for Buddhism, in the end I still believe that they need the fullness offered through Jesus Christ. This does not mean that I cannot learn from them in a genuine spirit of friendship and dialogue, but at the heart of all dialogue is the sharing of the one whom I love, Jesus Christ. I share Jesus Christ because my life has become intricately intertwined with his to the point that I declare “I live, no longer I, but Christ lives in me” (Galatians 2:20). Our missionary efforts are not so much a rejection of other cultures, but a witness to whom we have become. 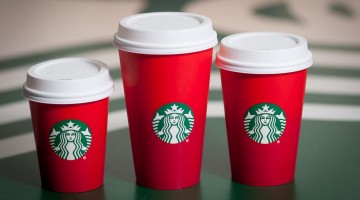