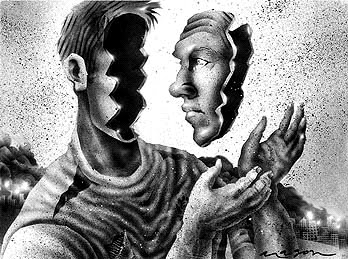 In the past, I have dealt with the question of how Mindfulness can be integrated into Christian living and prayer (http://wp.me/p4nJWp-60). In that article, I argued that mindfulness meditation can be integrated into a personal relationship with Jesus Christ, and thus it is possible to speak of Christian mindfulness. For the most part, many of its key tenets have been present in the Christian tradition long before. In particular, the literature of mindfulness has many parallels to the way Christian writers talked about self-knowledge. For this reason, the literature on mindfulness is not something that is added onto Christianity, but rather can be a powerful catalyst for understanding our own tradition.

I think we can gain an additional insight by understanding how mindfulness meditation fits into the Buddhist spiritual path from which it came. Buddhism does not see mindfulness as an end within itself, but rather a preparation which gives the meditator the freedom to pursue the goal of enlightenment (Griffiths 47-50). Thus, mindfulness is a means by which practitioners gain mastery over their interior life and this forms a preliminary stage of development (Griffiths 47-50).

We can see a similar strain in Christian thought, particularly in what is referred to as asceticism. In the great texts of Christian spirituality, asceticism is seen as a preparation which provides the opportunity to experience Christ’s love. Strictly speaking, the experience of Christ’s love is a gift that transcends our natural abilities, but ascetical efforts help dispose the individual to receive this gift. Thus, as long as a believer is chained to compulsions and disordered attachments to this world, they can never come to the full flowering of Christian mysticism which is intimacy with Jesus Christ. In this way, if we are to practice Christian mindfulness, the goal is not a self-focused, isolated quest for health, but rather a preparation for the more important relationship with Christ.

As we walk the path of spiritual maturation, we begin to discern the different movements of the heart. Mindfulness is a powerful first step because it teaches us to recognize and experience our interior life without judgment or condemnation. Along these lines, it represents a middle ground between repressing our interior life and letting our disordered passions have free reign. The goal is always virtuous living, but the first step is to learn to see our interior life with honesty and courage.

I am convinced more and more that mindfulness has a lot to offer Christians, particularly as a means of disposing the heart to receive God’s grace. Although one must use caution in terms of accepting non-Christian beliefs in their totality, we should learn from the example of early Christians. When dealing with non-Christian religions, we should take serious the counsel of early Christians who argued that we should be like bees who take the nectar while leaving the flower (Benedict XVI, 50).

Next post I renounce soft things and bright rings