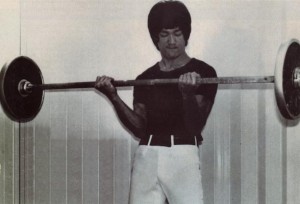 In the Classical thought which informed much of the spirituality of early Christians, it was believed that the emotions were tied to the body. For this reason, when trying to grow in virtue and rid one’s self of vice, it was generally agreed that moderation in food, drink, and sex should be combined with ascetical practices such as fasting. This would inform the praxis of a variety of groups from the Stoics of Rome to the Desert Fathers in Egypt. In this way, the ancient ideal was to educate one’s interior life through a careful regiment of educating the body.

We all know the famous excesses of Christian asceticism. As history developed, people of religious fervor had a particular zeal for forms of penance that to contemporary views seem both excessive and immoderate. In response to these extremes, contemporary believers have come to have a deep suspicion of asceticism to an extreme that seems to ignore the perennial wisdom of ages past. Ironically, at the same time many people are willing to embrace all forms of restriction and even fasts, but all within the context of bodily health.

We need a new asceticism that draws the important connection between the health of the body and the health of the soul. Such an asceticism would not be a glorification of physical health nor a kind of silent judgment against illness and weakness. Rather, for many people, we need a renewed since of how to train both our bodies and our interior lives through the work of a disciplined approach to life. Such an asceticism would combine physical exertion such as manual labor and exercise with periodic discomforts such as fasts and vigils.

The fruit of such an asceticism would be a gentle strength that would help the believer to receive the freedom offered in Christ.  In this way, asceticism leads to greater harmony both in the body and mind by helping facilitate detachment from the material world. Furthermore, instead of punishing the body to the point of exhaustion, such an asceticism would provide exercise, pleasure, and denial in ways that would renew and energize. Cycles of fasting and feasting, as well as cycles of rest and exertion, would lead to a gentle strength in which the believer develops a flexible, open personality. All of this, of course, must have the hallmark of authentic Christian joy.

For each person, such a new asceticism will be distinct and tailored to that person’s temperament and circumstance. In no way am I suggesting that all people need to be slim and fit in order to be holy. There are many examples of saints who struggled with their weight. What makes a saints is not so much the status of their weight and health, but rather the degree to which they cooperate God’s grace. Such cooperation requires a degree of freedom from this world, and this is the goal of Christian asceticism.