Here’s Why I Disagree With Centering Prayer 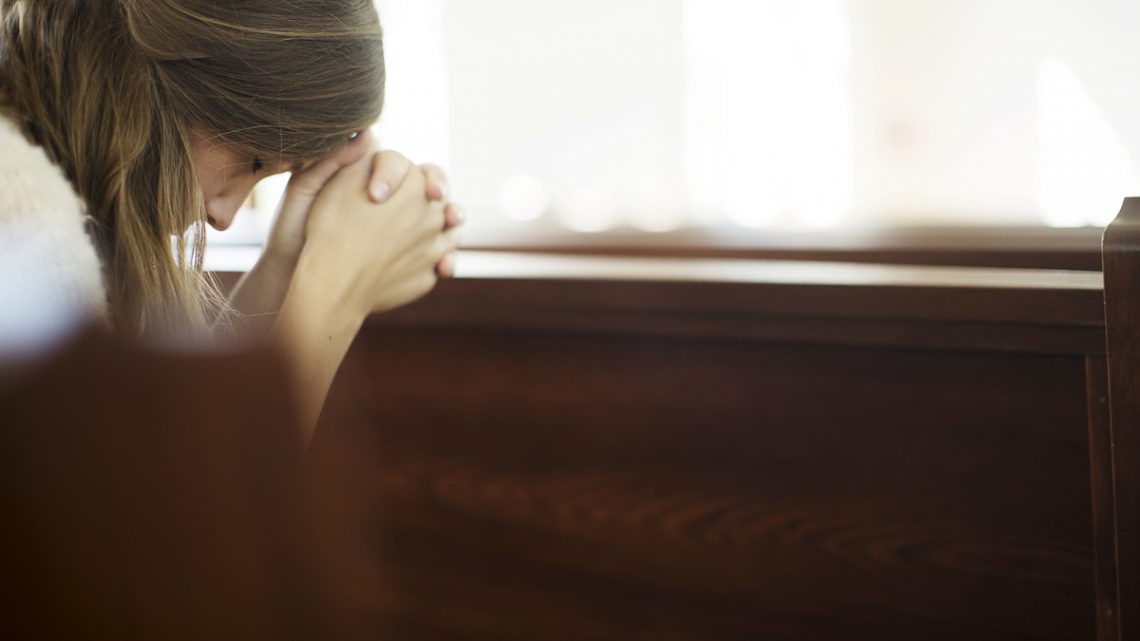 “Direct all your thoughts and prayers to this end, to beg God constantly in meditation, Communion, and visits to the Blessed Sacrament that he help you accomplish his holy will.”

When I was in seminary, centering prayer was a “spiritual boogeyman.” It came with labels and warnings like, “Don’t do centering prayer.” But I don’t think it’s as simple as people make it out to be. Centering prayer seems to have root in the spiritual tradition of the Church and it seems to be judged through a lot of mischaracterization and poor argumentation. So, as a result, I will strip down the approach of centering prayer to its simplest form, and offer the most fundamental critiques possible.

Centering prayer comes out of the traditions of the ascetical and mystical theology of the Church; of this, there can be no doubt. But how it evolved, how it grew out of the debates that existed in these two fields, is significant. So, it’s best to get into some of the major points of ascetical and mystical theology before going any further. I will talk about these, primarily, as ways in which we relate to the Lord.

When we’re talking about the ascetical, what we mean are the intentional efforts we put in to overcome sin and grow in virtue. Ascetical theology talks about the four grades of ascetical prayer which are

In vocal prayer, I mean exactly that: prayer said aloud, publicly or privately. Think of the Our Father, the Hail Mary, the Liturgy of the Hours, etc. Our own vocal prayers of petition, thanksgiving, adoration, and contrition are all types of vocal prayer. The second grade of ascetical prayer is meditation, which nowadays carries a whole range of connotations and judgments but has a more specific definition in this context, namely discursive reasoning or active pondering. We can consider the mysteries of the Rosary as guides in meditation, wherein we are called to actively think about the mysteries in our vocal prayer to aid in the union and relation with the Lord. It really is just actively thinking about something meant to stir up our affective powers for the sake of uniting with the Lord. This naturally feeds into the third grade of ascetical prayer, which is affective prayer. From within those affective thoughts stirred up by meditation, we move on into the inner expression of prayer for the sake of uniting our affections, emotions, with the Lord.

Acquired contemplation is where the controversies begin to arise with centering prayer. Acquired contemplation is partially mystical, wherein our intentional efforts of expressing our love of God, is simplified and purified. Some of the manuals refer to this as the prayer of simplicity, this resting in the word, wherein we are gazing upon the Lord in love and adoration. One of key teachers of centering prayer, Fr. Thomas Keating, talks about how acquired contemplation can be taught; that, by means of the method of centering prayer, this grade of ascetical prayer can be accessed by the person. Whether this is true or not, such an idea isn’t from the manuals. My personal opinion is that this tend toward a simplification of the gradation of prayer. While this isn’t a disagreement, per se, it is problematic to say that methods are a good suitable means of arriving at acquired contemplation.

Along these lines, I would argue that centering prayer is an oversimplification of acquired contemplation, and a collapse into the later stages of mystical prayer. The idea that by a simple method of concentration, while having drawn from sources some semblance to the tradition, one can arrive at acquired contemplation without the necessary discipline is a tragic distortion. Growth in prayer isn’t that simple.

Furthermore, mystical prayer, if you’ll remember from “The Psychological Benefit of Reflecting on Sinfulness,”  is the result of a process of growth over the course of three ages, namely the purgative, the illuminative, and the unitive. I won’t rehearse all of that here; if you are interested, please check out that other article. Similar to the idea that one can simply arrive at acquired contemplation, centering prayer advocates also make the claim that moving into this second age of the mystical life is fairly easily and quickly. They say we can move onto the illuminative age through a method of acquired contemplation, but this just isn’t supported by the Tradition. It’s not in the manuals. It’s not in St. John of the Cross. It just isn’t supported.

My main thesis is that while there are many elements of centering prayer that can be found within the tradition, the main thrust of the spirituality is towards an oversimplification and a lack of a holistic vision, failing to place contemplative prayer within the larger context of what it means to experience conversion and be a disciple of Jesus Christ.

For example, in the wider spirituality of centering prayer, beyond the method, they often teach things like, “We don’t talk about sin; we talk about ‘missing the mark.’” “We should use more contemplative language instead of the traditional language.” But this is problematic because it undermines total formation of the person and essential elements of what it means to be a disciple such as obedience and contrition.

Thus a major problem with centering prayer is the deemphasizing of Catholic praxis—regular confession, frequenting the Eucharist, the Liturgy as authentic, and indeed, formative prayer. When you read the Fathers, the Doctors and great spiritual writers of the Church, they don’t avoid these things. While it can be said that in some particular works, monastic writers don’t talk explicitly about the larger picture of Catholic theology, it is erroneous to think that they find them insignificant. They don’t underemphasize the Sacraments or the Liturgy; rather, they assume them. They understand that the Mass and the Sacraments feed the soul that is hungry for God, for the soul that longs to be in union with the Divine.

Contemplative spirituality needs everything the Church has to offer, it has be holistic in the most Catholic of senses. The soul needs confession, as much as the person needs to know the Catechism, the doctrines of the Church, and be willing and actively trying to conform with them.

In this context, contemplative prayer and contemplative theology does not stand outside the rhythms and totality which is the Catholic Church, but rather exists precisely within the framework and structures provided by the body of Christ. If it were possible to integrate centering prayer into the life of a vibrant community who are authentic disciples, it would have to follow this pattern. Having established a life of the sacraments, with regular confession and a solid foundation in piety, an individual might in times of mental prayer be led to a simplification of prayer, and thus might profit by the teaching of contemplative writers. However, such a disciple would be committed to knowing and understanding sound doctrine and the vision given through sacred scripture and sacred scripture.

To divorce prayer from this holistic pattern is a grave risk that will ultimately prevent well intended people from becoming saints.

Next post How Does A Rebellious, Edgy Teen...Become A Priest?!

Previous post 2nd Sunday of Lent - What Is The Commander's Intent?