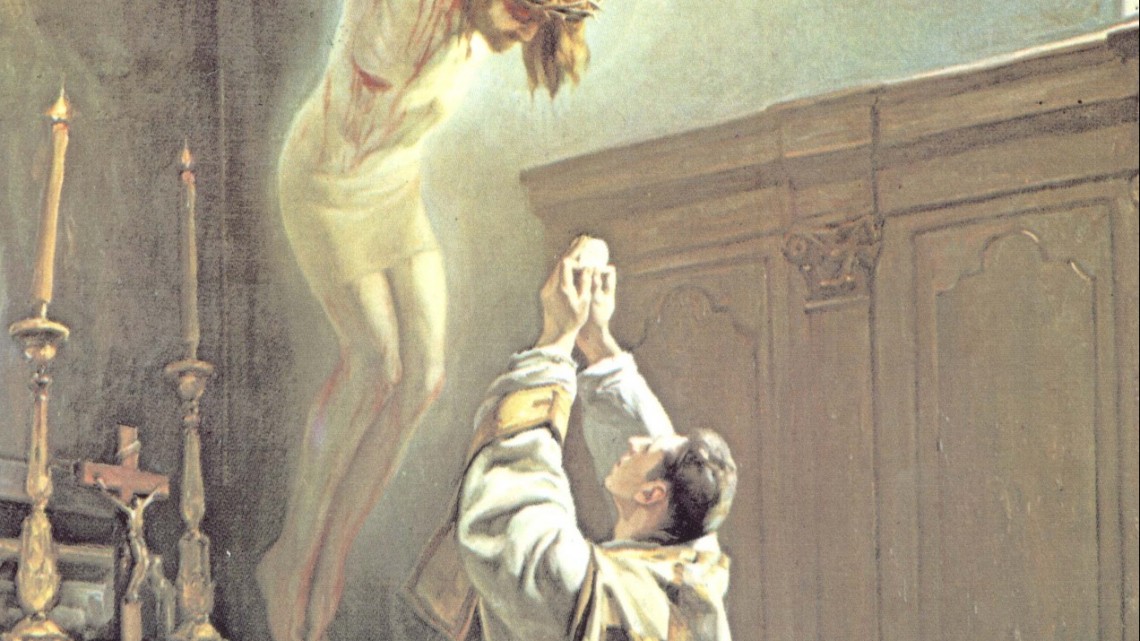 The mother is an icon of self-giving. I am not talking about some idealized portrait of motherhood, some perfect representation who does no wrong, but rather the very concrete and imperfect witness of mothers.

In a very tangible and biological way, a mother gives of herself to form and nourish new life. Her body is formed to be a house in which life is flourished, and this physical component is tied to a network of traits which continue into the adulthood of the children she gives life to.

When we understand the notion of sacrifice, we should not jump to the conclusion that only suffering has this quality. Sacrifice is often tied to suffering due to the fallen state of our human nature, but at its foundation sacrifice is defined by self-donation.

In this light, the Cross of Jesus Christ involves a sacrifice primarily because it is a donation of self, and it entailed suffering due to the conditions of a human nature held in bondage to sin. The sacrifice of the pagans were a foreshadowing of this moment of salvation because they sought to fulfill in the human heart a desire to make a return to the mysterious spiritual reality that stands at the center of things, a desire to give something to that nameless presence that lies beyond our control.

This desire is only fully satisfied in Jesus Christ.

Along these lines, the Eucharistic celebration makes present the sacrifice of Jesus Christ, and in the celebration of the Mass, the priest and people are united in surrendering themselves to his power and glory. As the priest’s role as king and prophet are fulfilled in the Eucharistic encounter, so to does his priestly identity find its foundation in this unblemished sacrifice.

The Eucharist becomes the whole pattern of a priest’s ministry; he gives of himself in the Eucharist and his life outside of the Mass is a continuous gift of self. Even in the solitude of prayer, the priest exists to serve and nothing is excluded from service, even mystical union.

Like a mother giving nutrition to her child, the priest is empowered to nourish the people of God through the gift of consecration.

In this way, both the mother and the priest are icons of sacrifice.