Is Yoga and Transcendental Meditation Demonic? 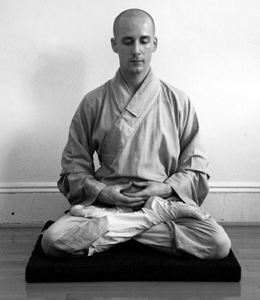 Every time I teach children about lectio divina, I enjoy asking the same question. I ask them, “What do you think of when you hear the word ‘meditation’?” Inevitably, one or more kids cross their legs, put their hands in an Asian prayer position, and make the sound, “Om.” Although the number of actual practitioners of East Asian religions in the United States is relatively few, Asian philosophies and practice are having a huge impact on American society. Everything from Teavana and Starbucks to psychology and yoga should make us aware that ignoring such currents of thought could hamper our ability to evangelize.

In a recent thread of a forum dedicated to evangelization, a discussion took place on yoga in particular. What emerged from this discussion was a point of view that is common among Christians in America. The point of view that was proposed was that yoga and other forms of East Asian spiritual practices represent a dangerous part of the “New Age Movement” that could lead to opening of one’s self to demonic influence. Although not all participants agreed with this position, I think we should consider this viewpoint more carefully.

I think we should begin by making a few distinctions. First, we should recognize that there is a great difference between Hindu believers from India who are practicing meditation and yoga and Americans who are embracing these spiritual practices. In terms of the former, Hindu spirituality embraces a moral and spiritual norm which in many ways is similar and complementary to Christianity. It is such a foundation of virtuous living that the Catholic Church praised at the Second Vatican Council in the document Nostra Aetate. Such people would constitute honest spiritual seekers and their practices can be a powerful preparation to receive the fullness of truth in Jesus Christ. It seems difficult to argue that all Hindus in the world are under the influence of demonic forces, and the fact that Catholic leaders never make such statements should be informative.

In contrast, many Americans embrace such practices as an explicit means of rejecting Christianity. Although we do not want to jump to conclusions, many times among Americans practicing yoga and transcendental meditation there are many other elements which are not in accord with either Christian or Hindu morality. Sexual licentiousness, drug abuse, and other immoral practices are used alongside of them in a kind of pseudo-spirituality that seeks spiritual experience without moral living. Such a path is a recipe for all kinds of problems, the most extreme being demonic influence.

This does not mean, however, that yoga and transcendental meditation are intrinsically evil. Many studies done have shown that meditative practices can promote well-being, so there is a kind of natural wisdom contained within them. Such meditative practices constitute natural goods that can be either abused or used in accord with Divine providence. In the case of yoga, stretching and breathing are powerful biological forces that can help calm the mind and focus our drives. Furthermore, like all natural goods, such as our sexuality and the use of reason, they can be an opportunity for growth in virtue or a path to pride and enslavement to sin.

Ultimately, we must embrace interfaith dialogue with East Asian religions in the way that Christian’s have dialogued with other cultures for centuries. First, we must recognize the value and goodness of East Asian spiritualities as a kind of natural theology that should be respected. Next, we must acknowledge the ways that such a spirituality falls short of the glory offered in and through Jesus Christ. We must acknowledge that our purpose must be to facilitate intimacy with Jesus Christ, and thus we should embrace a form dialogue that is missionary in its orientation.