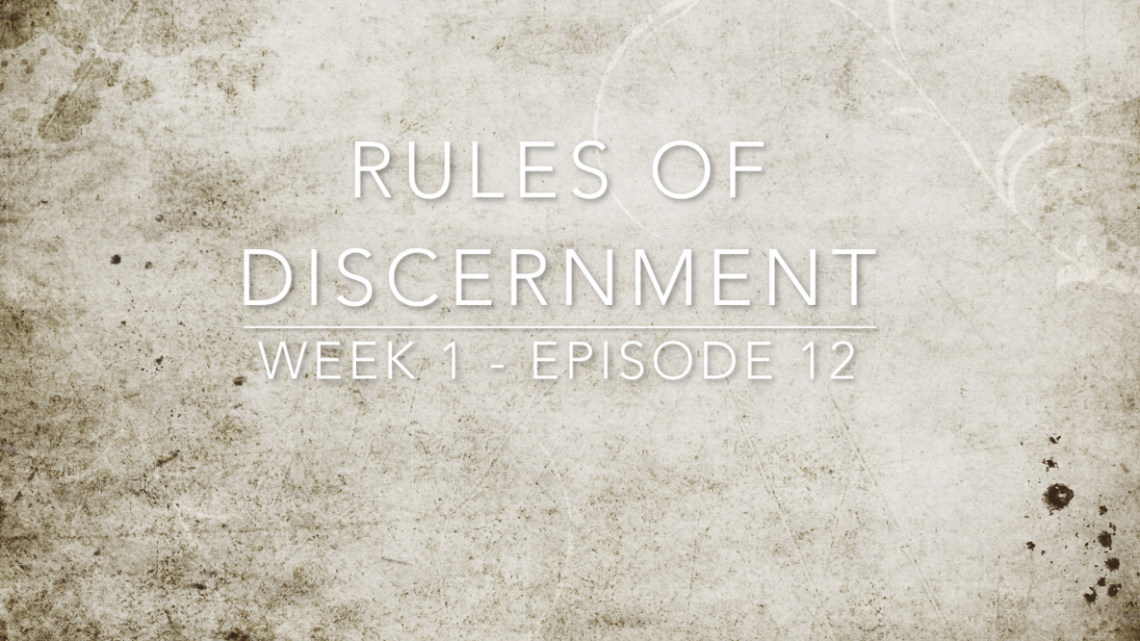 Rule #14 concludes the first series of my teachings based off St Ignatius of Loyola’s #RulesofDicernment. As we prepare to head into the second week’s series soon, what Rule has spoken to you the most from Week 1?

*The conduct of our enemy may also be compared to the tactics of a leader intent upon seizing and plundering a position he desires. A commander and leader of an army will encamp, explore the fortifications and defenses of the stronghold, and attack at the weakest point. In the same way, the enemy of our human nature investigates from every side all our virtues, theological, cardinal and moral. Where he finds the defenses of eternal salvation weakest and most deficient, there he attacks and tries to take us by storm.*

Next post Episode 33 - Save the Liturgy, Save the World