Sacrifice and the Question of Happiness 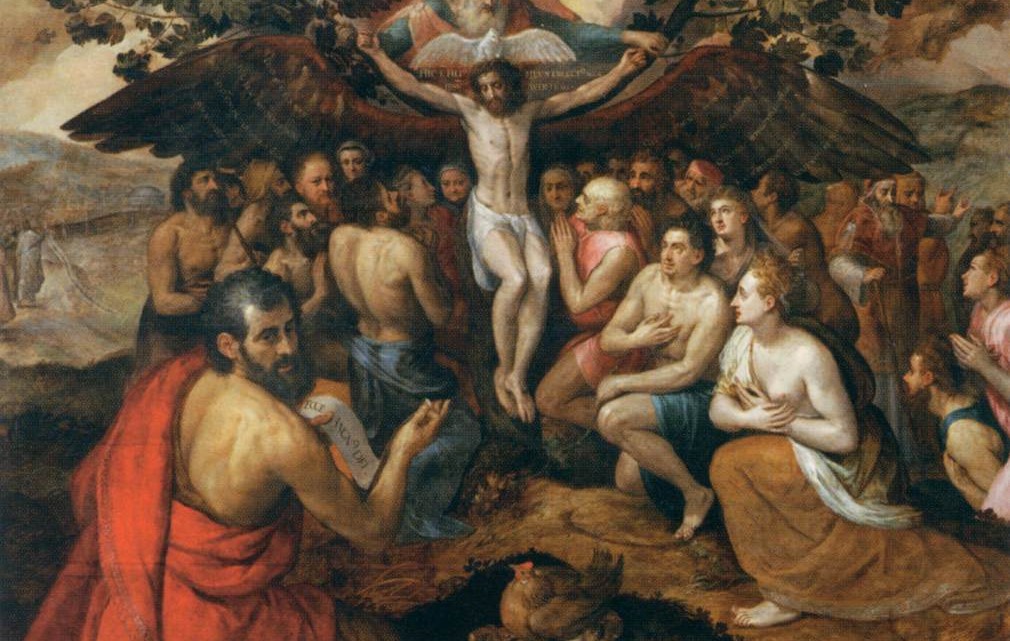 I was recently engaged in a series of Facebook messages that involved the language of sacrifice and justice. Without getting into the details, the conversation proved a source of inspiration because it became obvious that many contemporary Americans dislike this language. For them, it conjures images of an angry God who places arbitrary demands upon followers, and this image seems opposed the values of liberty and self-determination.

Our response to such a critique must begin by a humble realization that often ideas and theology of a different time and place are not easily translated into another time and culture. The language of justice and merit that formed the foundation for Western theology in the past often strikes contemporary audiences as somewhat antithetical to the idea of a loving God. In many ways, we tend to view justice as cold and impersonal; perhaps an imposition of a “system” upon the liberty of the individual. While necessary for the sake of a harmonious society, not necessarily an ideal that we would associate with freedom.

I think we should begin by redefining notions of liberty and self-determination in light of the Gospel ideal of freedom in Christ. For Christianity, freedom consists not so much of being able to choose any option that is available, but rather consists of an interior harmony whereby the believer is freed from the compulsions and disorders of sin. Thus, the choosing of evil is opposed to freedom because it destroys the interior state of peace and harmony by engendering in believers deep disorders and attachments to self.

In turn, sacrifice is grounded in our freedom to freely give of ourselves to the other. For married couples, such freedom requires chastity and commitment, the proper conditions for the flowering of marital love. In our relationship with God, sacrifice requires the on-going path of conversion whereby we lose our egocentricity and discover Christ’s love operating in the depths of our divinized personhood. Due to the fall, this process of intimacy and transformation involves suffering due to the effects of sin. Suffering, when freely accepted within the context of a personal relationship with Jesus Christ, can thus become a powerful catalyst for growth as it moves us away from our selfishness.

Furthermore, the punishment that is required by justice is not the arbitrary imposition of God upon the human person, but rather due to disorder and attachments of sin. Justice accounts for the need for healing and transformation, all of which are due to our personal disobedience. Along these lines, the eternal and temporal punishment that accompanies sin indicates the internal consistency of the created order whereby there is a harmonious balance between cause and effect. Actions have consequences, both temporal and eternal. Our path to satisfaction for sin does not mean an arbitrary appeasement of a punishment imposed by God or the Church, but rather the interior reordering of our relationship in which the wounds of sin are healed of their disorders.

This is the path to true happiness because happiness only finds fulfillment when it reaches its supernatural goal. Sin keeps us from our ability to receive God’s life and thus to come to true happiness. Furthermore, happiness is only authentic when its main characteristic is a participation in the Divine, and thus it begins to take on the qualities of eternity. In this life, such a happiness is able to endure suffering and humiliation because it is not tied to the things of this world. In the life to come, this happiness is nothing short of our unfettered love participating in the love shared among the Father, and the Son, and the Holy Spirit.

In this way, the path to happiness must be tied to sacrifice. True happiness is marked by a selfless generosity in which the believer is opened to the other with a limitless potential for love.

This article is a little more speculative, so I am open to critique.

Previous post We Must Be Always Ready To Act