The Ascent to God 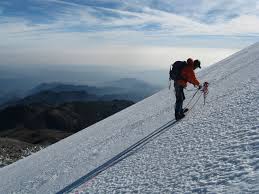 The study of ethics teaches the mind right conduct
and quickens the response to grace
in regards to human activity,
This gives the joy of a clear conscience,

The study of scripture illuminates the heart
moving the believer from material to immaterial realities,
The scriptures are the surest path to mystical union
for they inform even the simplest of minds,

The study of metaphysics is the investigation of experience,
The mind disciplined enough to understand concepts
not easily accessible to immediate perception
is able to investigate invisible realities
by means of approximations,
This gives a wisdom that delights the mind
and leads to wonder and awe,

The path of unknowing is a closing of the channel of the senses,
a movement into invisible realities
by means of learning to dwell in the heart,
Such a journey cultivates stillness and gives an intuitive connection
with the depths of one’s being
and when accompanied by the action of grace
becomes a light to discernment,

There are aspects of the ultimate mystery which are accessible
to human investigation,
The human person can know God through the light of that revelation
contained within nature,
And yet, each investigation falls short in some way or another,
For each generation of those outside the light of Christ
must renew the discipline of philosophy and science
and for all their wisdom, the Noble Pagans, the Hindus, the Buddhists,
the Psychologists, the Philosophers, the Scientists
fail to grasp the totality with the clarity of Divine Revelation,

But to those who walk the path of intimacy with Jesus Christ,
there is a whole realm of possibility
inaccesible to even the most profound of investigations,
Christ shows himself to those who embrace faith, hope, and love
and he shares with them a blessedness
that is the heritage of the friends of God,

He does all this, and through this ascent,
he carries the totality of the human person
into the fire of his divine presence,

Then, having raised the believer,
He bestows upon him or her the sevenfold gifts
of the Holy Spirit,
He dresses his believer in the finest array
by placing upon the bride a magnificent diadem,
and upon the bridegroom a magnificent robe,
He wraps his people in salvation
and sings to them the secret melody of the Holy Spirit,
To the friends of God
there is a delight that is impossible to express…

this is the ascent to God.