The Hidden Mysticism of Everyday Men 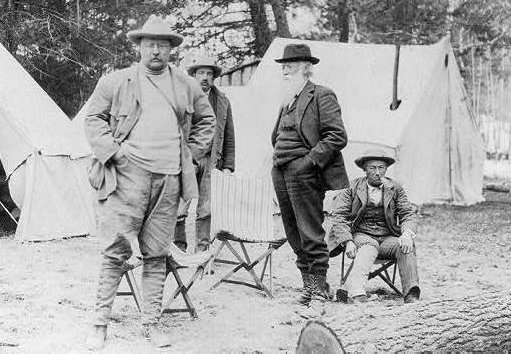 As I have learned more and more about meditation and contemplation, I have become convinced that many people have experienced deep forms of prayer and meditation but in ways that often go unnoticed or misunderstood. In a recent conversation, I became aware of a way that many men experience deep meditation in something that seems almost the complete opposite of what most people consider “spiritual.” I am referring specifically to hunting.

I had not realized that hunting often involves long hours of sitting in silence, patiently waiting for an opportunity that does not come frequently. Most people do not realize that hunting involves long hours of being still, and in that silence, one must grapple with one’s life and experience. The stereotype of the hunter among city folks is probably not in line with the great contemplatives of the world, such as Catholic or Buddhist monks, yet there are many characteristics that are surprisingly similar.

I am convinced that we do a great disservice to people when we make meditation and contemplation seem like some distant and remote thing that requires special cloths and sitting in a particular way. We like “spiritual people” to fit into nice neat little categories and stereotypical behavior, so the idea of a guy from rural North Carolina being one who has spent significant time in solitude and reflection seems against our preconceptions. After all, most hunters do not talk in a soft voice.

I discovered the contemplative side of hunting over a dinner one night. An older man described to me the variety of things he would experience while hunting. He described how he would reflect on his life and the people who were important to him. He also described how he would watch for hours as the forest would come alive with the grandeur of nature, and he described many experiences that bordered on the mystical. I dare say he probably “zoned-out” on many different occasions.

Now before you go running to your nearest hunter to ask for spiritual direction, I should say that not all meditation makes one a Christian saint. As powerful and helpful as meditative activities can be, they constitute a natural good which must be put at the service of our relationship with Jesus Christ. Thus our solitude is only fruitful if it leads to our participation

in the unconditional love of Jesus Christ. Along these lines, hunting can provide a powerful opportunity for someone to spend time with our Lord, or it can simply be a nice opportunity for a someone to unwind. The key is not so much in the activity itself, but the manner in which it is done.

Thus a hunter should invite Jesus along with them in the solitude of the forest. In this way, the time spent in solitude becomes an opportunity for our Lord to draw them ever closer. This need not be exaggerated or inflated to any grand heights. It need only be a simple recognition that the Lord is with you throughout everything you do.