We Live for But a Breath 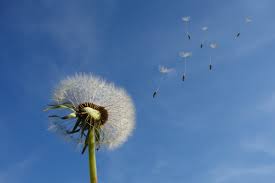 Vanity of vanities… all is vanity… what a strange piece of wisdom. I ruminate on this passage often and I return to it in a variety of circumstances. Such passages are like old friends that you know well, but each time you enter into conversation with them, a new layer opens up and you discover some hidden depth that was previously unknown.

Recently, as I have returned to this passage, it has contained for me a certain light that it did not possess before. When I was younger, this passage spoke of a certain weariness and a certain disdain for our life among these passing shadows. It seemed to indicate a person who had exhausted the enjoyment that could be had this side of eternity, and had finally thrown their hands up in frustration, a kind of protest that could only be answered by Jesus Christ.

But now it’s meaning has changed.

As I ponder the possibilities of this human endeavor, when I reflect on the possibilities that our little human journey may run its course over the course of thousands, perhaps millions of years, there is a new light that comes within this succinct word of scripture. When we place our little participation in God’s plan in this context, our little share in the world shrinks to a size that is almost impossible to distinguish.

What is 100 years or less in the face of a million years? What is one day in such a dazzling grandeur? It is barely a moment, a passing thought in the great story that is Christ’s mission in the world.

And yet, such a meditation is not a cause for sorrow and disillusionment, but true freedom. Priorities are shifted, new meaning is given to minute details that were sacrificed for the sake of those lies that thwart the human heart. Why would any one be so obsessed with power and wealth if they knew that they would possess it for but a breath?

From such a perspective, we would give ourselves entirely to faith, hope, and love. We would care more about relationships and less about the esteem of others. We would become more attentive in the most random of situations and spend less time on appearances. In short, we would want to be become saints.