What Does “Empty Your Mind” Mean? 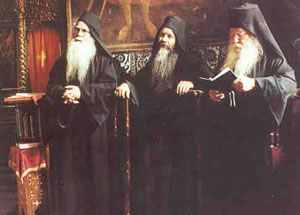 An important term used in scholarly research on Buddhist and Hindu spirituality is “enstasy.” The idea is relatively simple. Through a variety of meditation techniques, there is a consistent witnesss among practitioners of an experience in which the individual experiences a deep sense of being withdrawn from the world and from preoccupations with the self. This experience is characterized by a deep focus and a calm, peaceful state. Often, it gets portrayed in the popular imagination as someone saying to “empty your mind.” The irony is that while sources on meditation describe the experience as a certain stillness and emptiness, never do they make it seem so simple.

Many contemporary Christians fall into two categories when it comes to the Eastern claims of enstatic experience. The first, is that people tend to conflate it and attribute to it the same weight as mystical experience. The main problem with this is that Christian mystical experience claims to be a gift from God and not an act of the will. Eastern writers make clear that enstatic experience is an act of the will, or an acquired skill. Such people, while well intended, understand neither Christian contemplation nor East Asian meditation.

The second group views enstatic experience as if it were some strange force of the occult or perhaps demonic. While many within the New Age take from East Asian spiritualities to construct their esoteric mythologies, we must understand that East Asian religions are not the same thing as the New Age movement.

To properly understand enstatic experience, we need to look at Eastern Christian sources on prayer. In the East, the dominate form of spirituality among Christians developed out of the monasticism of the deserts of Egypt. In time, this would get formalized in the monasteries in what has been called Hesychasm, and this spirituality is one of the dominate strains of Orthodox thought. The hesychasts developed a sophisticated understanding of prayer which began with enstatic methods of prayer. We could also call them apophatic methods of prayer because Eastern Christian sources emphasized that we approach God through unknowing.

Their methods centered around the use of the name of Jesus, and they argued that the recitation of the Jesus prayer would help discard patterns of disordered thinking and feeling. They even tied the praying of the Jesus prayer with rhythmic breathing and concentration on the human heart. In contemporary research, scientists have developed similar techniques but as a means to stress relief and well-being (see Institute of HeartMath, http://www.heartmath.org).

The hesychasts, however, did not view enstatic methods of prayer as an end within themselves. Rather, through them, they argued that we could repel the attacks of demons and achieve an inner stillness, or apatheia. Thus, the methods were used to prepare the heart to receive God’s love and grace, both of which go beyond our natural abilities. In addition, their enstatic methods were not impersonal, but rather a dynamic way of relating to Jesus Christ. Thus, to understand their spirituality we must have an awareness of how they lived which involved regular praying of the scripture, communion with their Bishop, and regular participation in the Eucharistic liturgy.

Along these lines, enstatic methods constitute a natural, acquired skill that can be put at a relationship with Jesus Christ. Like other natural goods, they can be abused when combined with immoral living and thus be a pathway to deep disorders. That being said, Hesychasm could be a powerful Christian witness in a world that seeks a deeper spirituality, but fails to see how it can be lived within the Christian faith.

Next post "Wives Should Be Subordinate to their Husbands"