How the Church Should Address Racism 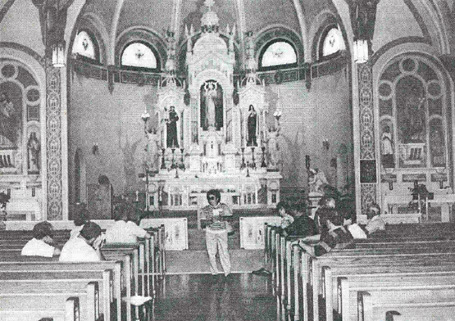 I have been considering at length lately how the new initiative by the United States Conference of Catholic Bishops (USCCB) to address racism should unfold. As I have reflected on this and the current circumstances that face our country, I am convinced that the Church has an important and vital role to play in shaping our nation’s conversation about the topic. I also see this conversation as being important not just for the United States, but for the world.

Harmony among peoples is becoming more and more a concern of world civilizations as we see a myriad of tensions and conflicts which come from the interactions of different cultures, races, and religions.

The United States needs the Bishops to speak on racism, but the nation also needs the Bishops to not simply be another voice that add to the hermeneutics of power which pervades post-modern politics. By this, I mean that within American society as a whole, both right and left wings, the main thrust of political discourse is to establish one’s power over and against that of another.

The hermeneutics of power plays out within a culture in which power is treated almost as a limited resource. Another’s claim on power necessarily becomes a limiting of my personal power. As one group ascends, another must necessarily descend.

There is an economic principle that the wealth of one person or group must always come at the expense of another group. In terms of economics, this is called a zero-sum view of wealth distribution. We can almost see that same dynamic playing out in how both white supremacists and their natural opponents view both economic and political capital.

The goal is always the acquisition of power by “any means necessary,” as the political activist Malcolm X would express it, in order to acquire control at the expense of another.

Such a hermeneutics of power is at the very heart of injustice, persecutions, and the violence which plagues the human condition because it perpetuates cycles of repression and suspicion. It is at the heart of disharmony of human civilization because it is ultimately rooted in a deeper spiritual reality, and that is original sin and the sin of the fallen angels.

Satan fell from God’s favor precisely because he wished to grasp at power over and against the demand of sacrificial love which is the central demand of God’s justice. The irrational nature of his fall is expressed ever so well by the poet John Milton who puts the following words in his mouth, “It is better to rule in hell than to serve in heaven.”

In our modern context we can almost hear each side express, “It is better for my side to rule in a perpetual state of violence than to serve…” You get the idea.

Within this context, the antidote to racism is not “power redistribution” or sensitivity training, but rather foundational principles found within Christianity that have a universal quality to them.

In place of the hermeneutics of power, we offer a hermeneutics of sacrificial love, of friendship, and a culture of mercy and forgiveness. As a opposed to cycles of violence and worldly attempts at creating justice, we offer the path to liberation found through forgiveness and communion. All of this is grounded on the ever present notion of conversion, that my first step is to examine my faults and weaknesses under the scrutiny of natural and divine law.

I think we need documents, conferences, and other means of forming hearts that build a hermeneutics of trust and friendship.

I offer these reflections for the considerations of the Bishops as they brainstorm how to move forward.

Next post Does The Devil Work Through Sense Experience?