Of Monks and Mothers 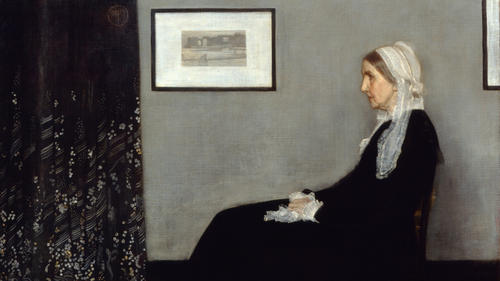 One feature of contemporary American culture is a lack of awareness of the contemplative dimension of existence. Even among people who profess strong religious convictions there can be a tendency to see things through the lens of the world instead of having the vision of Christ. At the heart of an awareness of the contemplative dimension of existence is the truth that in the end only three things will remain: faith, hope, and love (and the greatest of these is love).

But the world teaches that instead of faith, hope, and love, we should focus on power, productivity, wealth, health, and the created things of this world. This has led us to the place in our culture where two particular vocations have been called into question. On the surface, we might wonder what the contemplative has in common with the mother, but when understood them in their proper context, we can learn to see how the two vocations are not as separate as we might think.

People often misunderstand the contemplative because they see in it a form of idleness or selfishness. They think that monks are fleeing the world in order to become more holy, and that this vocation is all about looking down on hard work and the stresses of daily life. At the heart of this critique is the view that the only thing that is really useful to society is doing something or contributing to the common good through work and service.

However, the eyes of the faith inform us that making the world a better place is not about what humans should do, but rather about being open to what God wants to do. Part of the problem with solving the world’s problems is that our need to control, conquer, and produce is at the heart of the instability and conflict in the world. The answer to the world’s problems is not about human creativity and ingenuity, but rather about being receptive to God’s activity.

The contemplative vocation is the highest form of service. What is not needed is more activity, but more prayer because in prayer we open ourselves and the world to the salvific and transformative power of God’s grace. Conquering evil, death, and sin in the world is about conversion which begins not with our effort, but with God’s grace. The contemplative vocation is about doing small ordinary things, but with great faith, hope, and love. It is about transfiguring all aspects of one’s life into a continuous prayer to the Father, through the Son, in the unity of the Holy Spirit.

Being a mother also does not fit the logic of being productive and useful. One of the main critiques of the feminists of 20th Century was that for women to “advance,” they had to shed the unimportant work of being mothers and embrace occupations that had a more important impact on society. Although women having access to professional work is a great benefit of contemporary society, I think the vocation of being a mother was grossly misunderstood.

In a similar way to the contemplative monk, the mother has the ability to transform the world. When we deny the centrality of prayer, we end up denying the explosive power of the common. For centuries, mothers were, in a sense, the contemplatives in the heart of the home. Women throughout the ages lived lives of deep prayer in the midst of ordinary service. They were the teachers of prayer and the first schools of theology.

Contemporary studies on religion show that while participation and fidelity to religious practice is often tied to the father, it is primarily the mother who shapes the affective and relational side of religious practice. In other words, it is our Mothers who teach us how to call God Father and how to talk to Jesus like He is our friend. Before we even grasp the complexities of religion, we have first encountered its dynamic power through our mothers.

So much of this has been lost in our contemporary culture. Although there always remains a faithful remnant that is true to the Word of God, for most people this kind of worldview seems distant and unreal. I think there needs to be a new awakening to the contemplative dimension of existence. It is only when we learn to grasp this deeper reality that we can begin to see things as they really are.