Reducing Church Politics to Liberal vs. Conservative is Stupid 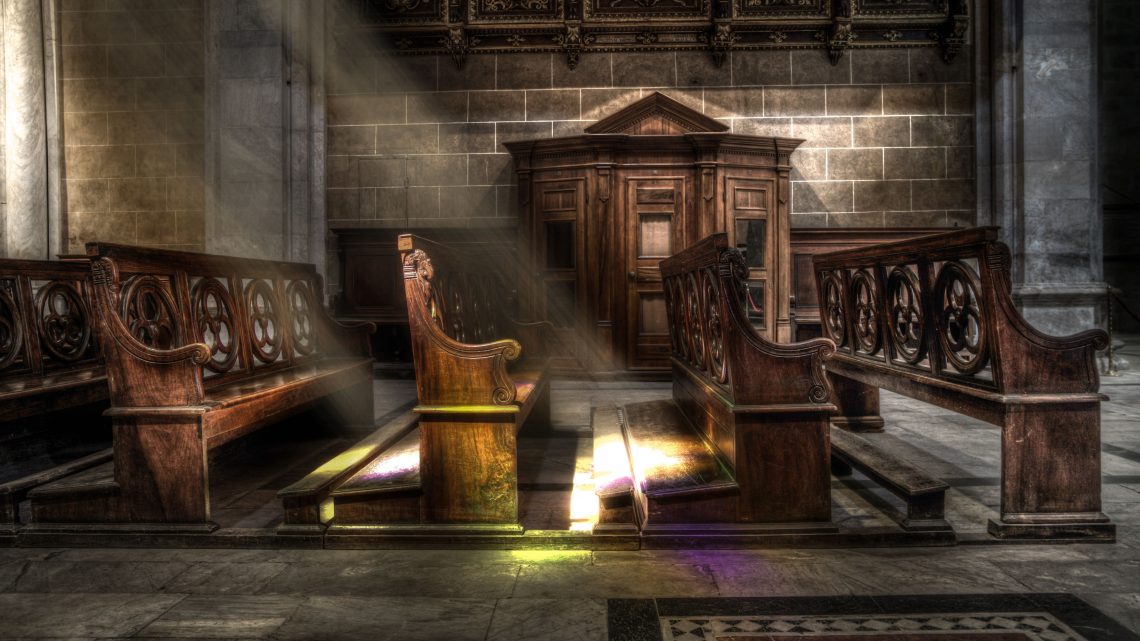 We live in a time where we are drowning in information, but yet we profoundly lack wisdom. Not only do we lack wisdom, but we also lack the skills necessary to accurately process the information that we are receiving. This has been my most cherished insight of the past year.

I write this on a day when I saw an article written by a Liberal Catholic publication about a friend of mine who has moved to another Diocese. The article was a mixture of reporting the struggles of a transition with a new priest whose priorities are vastly different than older parishioners with a heavy dose of theological and political partisanship.

If 2020 has taught us anything about the popular imagination, it is that any one’s individual struggles are never simply a question of circumstance and personality, but always involves a larger epic battle between good and evil. Likewise, in all cases your side is good and the other side is evil. In the article, the writer moves from a pastor in a small rural parish and his disagreements with his parishioners to Pope Francis and Church Militant and President Trump.

I don’t want to say that the article is completely false or that these fault lines of political and theological division don’t exist, they clearly do, but what I have come to appreciate is that people on both sides who view the world through these strict theological and political lenses often fail to understand reality and ultimately truth.

There is very clearly a difference in theological and political thought between three groups that likewise have shades of grey between them. There are clear tendencies that can be broadly categorized as Traditional, Conservative, and Liberal.

However, what people fail to understand is that within these categories, human behavior and social behavior varies a lot depending on individuals, communities, and various aspects of sociology and psychology (not to mention grace).

Furthermore, parishes are interesting creatures. One thing I have learned is that over time, the parish tends to take on the personality of the pastor. Likewise, any given Diocese takes on the personality of the Bishop. This harmony between the leader and the group being led is a key principle of Biblical theology, it is talked about implicitly by St. Thomas Aquinas, and it is reaffirmed in most business and leadership literature.

I talk about this with a touch of irony because right now my main apostolate, ECU Newman, is in a bit of chaos after welcome week and needs to be reorganized as does my car and my apartment. My apostolate tends to move like my personal life from being well put together and aesthetically pleasing to in complete chaos.

Along these lines, a key principle of human and group behavior that all people should keep in mind is that of the bell curve. The key insight is that there are three broad categories of behavior. There are early adapters and innovators, there are a vast majority that tend to move slower, and then there are a certain part of society that fights change at every opportunity.

With most transitions in parishes, this dynamic is the dominant trend. A priest brings a new energy and a new outlook and there is a small group of early adapters who enthusiastically embraces it. Then the middle group slowly adapts and feels out the new pastor. Finally, there is always a stubborn minority that will inevitable reject the new pastor, almost by a kind of law of nature.

In our current predicament, this dynamic is exacerbated by the dramatic differences that exist between generations of clergy. In times with less change and less conflict, these transitions might be reduced simply to personality. The previous pastor was controlling and the new pastor is more permissive (both of which are allowed by the way). However, what the article brings out very clearly is that these personality and leadership style differences never get interpreted simply as being different styles, but now they carry with them larger consequences in the overarching culture war.

This is not helpful.

I have seen controlling authoritarian pastors who were extremely liberal, and I have seen the same tendency in some Conservatives and some Traditionalists. I have seen priests who preach publicly about the importance of women and the laity, but privately and behind the scenes, they demand submission and rule with an iron fist.

This is what gets on my nerves the most about these endless debates. Someone is not controlling simply because they hold a Thomistic view of the sacred character of the priesthood. Likewise, someone doesn’t automatically have empathy and the ability to read people because they were forced to read Henri Nouwen in seminary. I am not saying that the theology of the Church, the priesthood, and the laity is completely disconnected from pastoral leadership, but it is not the only factor which contributes to the manner in which a leader exercises authority.

And consider this, there are some leaders who are very effective, very good at building a team, very popular, and likewise able to read people who are evil. I don’t know what illusions you hold about people, but I would not be surprised if people like Hitler were very good company to have at dinner. In terms of corruption within the Church, we know of Priests and Bishops like McCarrick and Marciel Maciel that were profoundly agreeable and evil to the core.