Can Catholics Do Yoga? 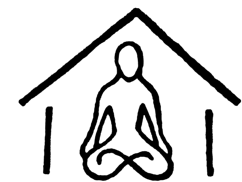 The answer is not as simple as you might imagine. Yoga is part exercise, part philosophy, and part spirituality. What most Americans know is a series of stretches and breathing exercises which help relax and strengthen the body in ways that are more effective than what had been the norm in Western exercise culture. Along these lines, it is hard to argue with the fact that Yoga is having a profound effect on how we do sports training and physical conditioning.

That does not mean, however, that one should suddenly believe everything claimed by a Yogi or Yoga instructor. While the benefits of Yoga are quite clear, there still remains a lot of theories and claims within Yogic literature which have been neither validated nor accepted by the scientific community (at least to my knowledge).

For example, I have not heard of an empirical study that validates the claim that the body is composed of chakras, or energy systems. In addition, there are many claims that specific poses can be a natural remedy to illnesses, but again, this has not been vetted by empirical inquiries. For the most part, any evidence is purely antidotal and based on the theories of a pre-scientific Hindu culture.

By way of comparison, in Europe there were many similar theories of human biology that were discarded after the advent of modern science. That does not mean that all the claims of Indian medicine and Yoga philosophy are wrong by default or that we should not take serious the claims of non-Western cultures. They may prove correct, but we must employ strategies that have led to the vast array of innovations in medicine and technology that we currently enjoy in modern society. Biology and medicine are best served by empirical research, and any claim made in the name of health should be tested accordingly. Until then, they should not be taught as truth.

This leads us to another important consideration. Several aspects of the spirituality associated with Yoga and its Hindu roots are not in accord with the Christian tradition. While the Christian tradition has always upheld all that is good, true, and beautiful in non-Christian faiths and philosophies, the continuous stream of witnesses has also attested to the unique nature of Christian spirituality. This does not mean that those outside of the Church are necessarily evil or that non-Christians are totally depraved. Many non-Christians live virtuous lives and have very noble ideals. That being said, ultimately the Christian faith cannot be reduced to natural virtue nor profound ideals, but rather intimacy with Jesus Christ and through him with the Father and the Holy Spirit.

Outside of the fullness offered in Jesus Christ, all human activity falls short of the glory of God. This includes religion. Thus while Yoga and the Hindu religion it comes from has a ray of that truth which animates the human heart, nonetheless there are several elements of Yogic spirituality which are not in harmony with the fullness of truth found in Jesus Christ.

For example, it seems an implicit notion in many of the works of the more renowned gurus that health and well-being are the main manifestations of holiness. In their thought, enlightenment involves a mastery of both the physical and spiritual processes of the human person, and this in turn prevents disease and suffering. While there may be some semblance of truth in such an understanding (after all, virtuous living and the moderation it entails can lead to natural benefits), nonetheless it is hard to see the harmony between such a spirituality and the Christian ideal of the suffering servant (i.e. Jesus Christ).

Holiness cannot be reduced to health, well-being, or even psychological equilibrium. While such natural goods are important, and we should seek to cultivate them to the best of our ability, the reality is that holiness transcends our natural efforts and abilities. Holiness is the fruit of a relationship with Jesus Christ and a response to the grace offered through him. Even when someone shows marks of holiness outside of the visible structures of the Church, ultimately these graces have their origin in Jesus Christ.

This exposes another vital aspect of Yoga and Hindu spirituality which is not properly Christian, namely its Pelagian tendency. Pelagianism taught that Jesus was simply a good example meant to inform our activity. Along these lines, Pelagianism taught that we can attain our salvation by our own efforts, and thus the importance of grace was either diminished or abolished (depending on how you read the sources). Yogic spirituality thoroughly embraces a notion of sanctification and salvation in which the whole enterprise is about the individual’s exercise of their will. There is no notion that God is the main agent in our salvation. Thus, while it has a sense of the divine, the idea is of a divine which conforms to and is directed by an individual’s choice instead of vice-versa.

So, to answer our question, we should begin by recognizing that in regards to exercise and stress relief, Yoga has many benefits that warrant further exploration and is most likely safe for Christians. In terms of its theories on the human person, the Yogic literature proposes many ideas which need to validated by empirical inquiry, and Christians should be careful of embracing them until that has taken place. In terms of spirituality, one cannot embrace the world vision proposed by the gurus of yoga and remain a Christian.

Next post Church Shopping and the Benedictine Vow of Stability